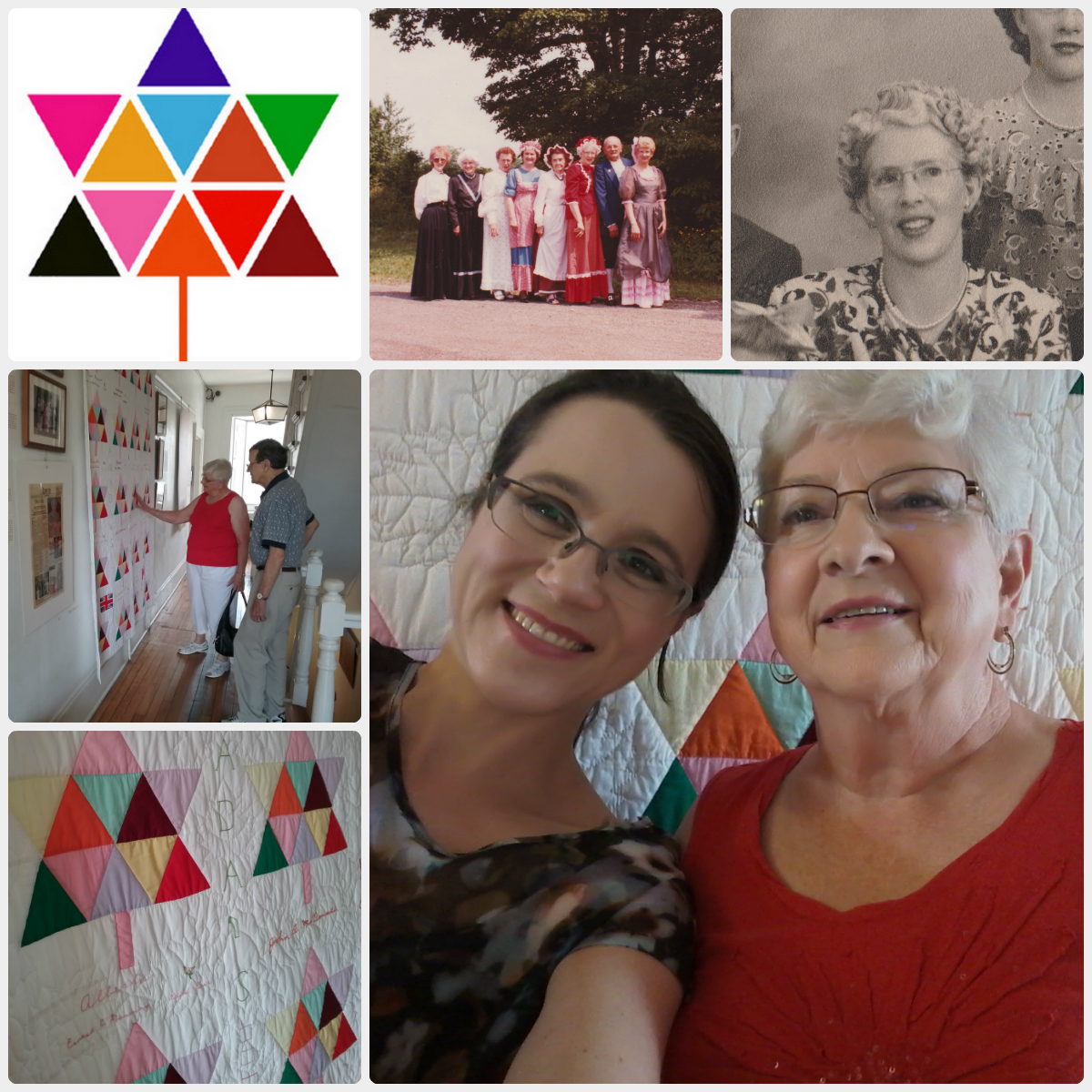 The Fredericton Region Museum is pleased to display the quilt that Florence Pond’s late mother, Edna Hill, made in 1967 to celebrate Canada’s centennial.

Last month, the York-Sunbury Historical Society hosted its annual show and tell at the museum.  Show and tell night is always fun because you never know who will be there and what they will bring.  For instance, I had no idea when I welcomed guests that I would be learning about Poland’s role in the Second World War and that I would be planning a new Centennial display.

That night, I had the honour of meeting Florence Pond and learning about her mother’s quilt.  Several people attended the show and tell because the Gleaner printed an article about the quilt that same day!  This incredible piece was made by Florence’s mother, Edna Hill, in 1967 to celebrate Canada’s Centennial.  You can tell that she put a lot of thought and consideration into the piece and that she cared for it very much.

Each province is represented with the name of its Premier at the time along with their province’s flower.  The quilt is in incredible condition because up until now, it has spent most of the last fifty years tucked away in a closet.  As Florence told us about Edna’s quilt, she expressed an interest in having it displayed where the public can appreciate it.  Well, it didn’t take long for the Chair of the Exhibitions Committee and me to offer a space on the wall just outside the Confederation exhibit!  It just happened that the space was empty and needed to be filled.

After our volunteer, Elaine, sewed a rod pocket in the top so that we could hang it in a way that would cause as little stress on the artefact as possible, we had pictures of Edna enlarged and we framed the article that the Daily Gleaner printed and hung them on either side.  Florence dropped by to visit her Mother’s quilt yesterday and she seemed very pleased with the display.

We hope that Edna is pleased too.