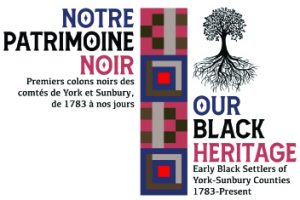 Since the arrival of Black Loyalists in 1783, there have been settlers of African descent who have contributed greatly to the development of New Brunswick. Working ever so silently, without recognition or applause, families and communities have banded together to contribute in significant ways to the social enfranchisement of themselves and their neighbours.

This Community Memories Exhibition tells the story of York-Sunbury Black settlers (1783 to the present) who have struggled against servitude and oppression. Through artefacts, archival documents, individual and family stories, extracts from oral histories, newspaper accounts, and photographs, we invite you to explore the historical roots of racism and oppression in Canada; learn about the ways in which individuals have responded with determination and perseverance. It has been a long journey of mixed feelings and emotions. These are their stories—stories of hope denied, hope restored, and, for many, hope that remains unfulfilled. 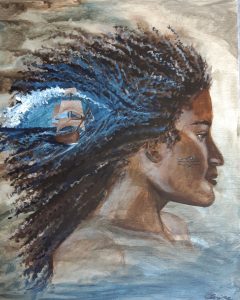 In proud recognition of National Emancipation Day, Our Black Heritage: Early Black Settlers of York-Sunbury Counties opened in the Fredericton Region Museum on August 1, 2021. We are honoured to have worked in partnership with a long list of dedicated volunteers to make this project possible.

In conjunction with the exhibit opening, the York-Sunbury Historical Society also released a special (2 volume) issue of The Officers’ Quarters, highlighting in detail the achievements of Fredericton’s Black community. Honoured contributors include nationally acclaimed writers Lawrence Hill (author of The Book of Negroes) and George Elliott Clarke. Copies of this publication series can be purchased from the Fredericton Region Museum.